Willingness to allow my imagination to hit the paper

I want to write about many issues, I guess that I’ve been a bit too quiet. But, I’ll need to break it down into a few posts, there’s just so much.

As the title states, willingness to allow my imagination to hit the paper, has led for my book to be available on Amazon, now as a paperback edition! As this book has recently been up for purchase, naturally, I’m inclined to write about it today!

I assume that all first-time authors feel this sense of excitement, that I am currently experiencing, yet, I also assume that they feel this sense of fear, something I am feeling also. I was once advised that I should take a step forward with a positive mindset (great advice from a wonderful person), and I shall attempt to apply it to this. When my e-book was published, I was nervous to the extent that I refused to admit that it was up on Amazon. I was worried about criticisms that I prevented myself from marketing it, to push it out there. The only time I paid attention was when I would have a sudden burst of confidence. But would only last for a couple of days, then it’ll be back to mentioning as if my book was just a story that didn’t deserve recognition. I was more than happy to give it out for free, wanting to know what everyone thought of my writing – the style, the emotions that I could bring out, whether they could picture themselves in the story rather than reading from far, anything. I was more interested in how the book could affect them emotionally.

The numerous interviews that I have carried out has taught me many things, but two in particular stand out –  their reasons for writing; and what they expect from writing such books.

Writing was never my ‘dream job.’ It wasn’t part of my ‘big plan.’ In fact, I never thought that I had such a messy imagination. I was always interested in History and Politic, to the extent that I could say I was an addict of current affairs. Thus, fictional writing was all new to me, yet, I was typing down my imagination, picturing every scene in my head, feeling all the emotions of each character, everything, as if I had been writing for years. It was both scary and interesting. Some of the things I would write, I would then sit back and rewind to the previous several sentences and think, ‘where did that come from?!’ It was interesting. 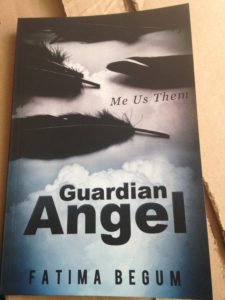 The greatest thing about it was that I was able to remove myself from the real world, and walk into a world that I created with simple words. If I was able to do such a thing, then why could a reader not do the same thing. It’s not about running away, it’s just imagining yourself in another messy world, full of colours, and emotions.

Wars can happen, witches and wizards can cast spells, a sip of water can make you fly, it’s your world and you could do anything in it. At the same time, you realise that things that you were perhaps confused about, make more sense. For instance, what is love? If a person asked me that, I would merely state, well I’ve never experienced it so I don’t know, sorry. But, when I know that there is a ‘love’ scene, when a character is explaining their feelings to the reader, the definition comes naturally. It allows me to realise, deep down, maybe I do know what love is, maybe I do know how it may affect someone, or maybe that it just might exist. It’s really hard to explain, but I know it comes through my writing. And, I know that you know what I mean.

I guess, that’s the power of writing.

I’ve spent years writing articles on current affairs for free. Not really caring that it was free, just the knowledge that my political writing was being acknowledged online by a few was enough to make me smile and feel that all the research behind ONE article was worth it. Yes, I wanted to be a journalist for half my life, yes, I wanted to write about topics that I cared deeply about, but I’ve come to realise that the national media have a sort of box where opinions can go oh so far, unless you were a well known journalist, such like the amazing Robert Fisk. But, being an opinionated individual, who can’t write an article without some history involved, restriction was not something that I was really fond of. Mainly why I’m willing to write for a bilingual paper that would accept my writing. That doesn’t mean that I’ll give up writing articles on current affairs though :).

Creative writing is very different. Far trickier too. The style is completely different too. You base everything around your imagination. Although, it can involve various things. Something that you perhaps read, can play a role in your story. Someone whom’s actions affected you, can play a role in the type of character you develop. Even fashion can play a key role – affecting how the character dressed and how you would portray the character to look like (I know nothing about fashion!!). As a journalist, we rely on facts, on analysis of events, and have a certain audience. As an author, sometimes facts are important (I’m writing a story that has a lot to do with history), but analysis of events? I think, that’s something we throw at the reader. Although, the book would be targeted at a certain audience too.

My biggest downfall in the realm of fictional writing is simply that I don’t have a target audience. I write both from the mind and heart, so identifying an audience was very difficult. Would a senior citizen read it? I’m not sure. Someone interested in facts? Again, not sure, however, I fell in that category, once upon a time. Young Adult? Yes, I suppose so, and it can go on and on. As an individual who believes in research as the key to success, and removal of ignorance, when it came to creative writing, that flew out the window. I was more concerned with my fingers to type away.

I need to stop here, the post has become too long. But I promise that in a couple of days, another one will be up!

(Typed but not checked)

Spread the love
Before The Land