Who killed Malcolm X and Why?

An extended version of the article from HNN website ‘Who killed Malcolm X and Why?’

“I’m for truth, no matter who tells it. I’m for justice, no matter who it is for or against. I’m a human being first and foremost, and as such, I’m for whoever and whatever benefits humanity as a whole” 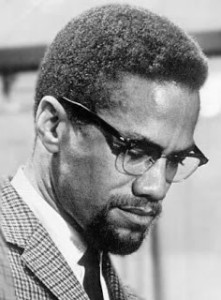 Malcolm X (El-Hajj Malik El-Shabazz) was an influential and inspirational figure to the Afro-Americans in the US. A powerful orator, excellent debater and willing to preach ‘The price of freedom is death’, led for his personality and teachings to be printed across the US and the world.

There are three possible answers. Three – because each on its own isn’t satisfactory. Examining the motives behind the killing inevitably leads for more questions to be asked and before you know it, you’re in too deep.

Malcolm X’s countless speeches, debates, press conferences, letters, and autobiography reveal many factors that could’ve contributed to his death. Indeed, just as he had supporters, he also had many enemies.

Malcolm X, himself, commented in the last few pages of his autobiography on his possible death:

Every morning when I wake now, I regard it as a having another borrowed day. In any city, wherever I go, making speeches, holding meetings of my organisation, or attending to other business, black men are watching every move I make, awaiting their chance to kill me, I have said publicly many times that I know that they have their orders. Anyone who chooses not to believe what I am saying doesn’t know the Muslims in the Nation of Islam.

With this in mind, the three possible answers are as follows:

One, those who were convicted for his assassination were Talmadge Hayer, Norman 3X Butler, and Thomas 15x Johnson.  This could imply they worked together on their own accord – no influence from outside power. HOWEVER, all there were members of the Nation of Islam.

Malcolm X mentioned that an attempt was made for his life but the Black Muslim changed his mind and confessed.

He claimed that Elijah Muhammad had ordered his death simply because he had learned the truth – Elijah Muhammad was the father of eight children through four teenage personal secretaries.

After his pilgrimage to Makkah, and his visits to various African nations, he began to have his own ideas on how to further the Afro-American movement. He had also converted to the Orthodox teaching of Islam, thus, gaining him international recognition and connections with Muslim leaders abroad. This can be seen as a direct threat to Elijah Muhammad’s leading role to the Black Muslims.

Elijah Muhammad asserted during the Black Muslim National Convention, “Who was he leading? Who was he teaching? He has no truth! We didn’t want to kill Malcolm! His foolish teaching would bring him to his own end!”

BUT, what is most interesting is ‘We didn’t want to kill Malcolm!’ This could imply that they may not have wanted to, but they needed to and had to kill him.

Three, Federal government agencies were involved in Malcolm X’s death. A bold possibility may be, but with a good foundation.

Returning back to Malcolm X’s autobiography, he mentions that, “throughout my trip, I was of course aware that I was under constant surveillance…I told him that the only thing the FBI, the CIA or anybody else could ever find me guilty was being open-minded. I said I was seeking for the truth, and I was trying to weigh – objectively – everything on its own merit.”

So why would the US government order such an attack?

Firstly, during his travels, he had private meetings with world leaders and officials, such as President Gamal Nasser of Egypt, President Jomo Kenyatta of Kenya, and Osagyefo Dr Kwame Nkrumah of Ghana (to mention just a few!). To them, he stressed the need for help and importance of the Afro-American problem in America. He was exposing US hypocrisy.

Therefore, he was making the issue global. If this act was not a threat to the US interests, then neither would they have agents following his moves, nor send officials to spread propaganda about how the Afro-American problem was being solved and making progress.

Secondly, his travels enabled him to come up with a solution to solve the political problem that the Afro-Americans face. In order to get real results, he believed that the US needed to be held to account for their crimes – internationalise the problem. The only way to do that was to focus on human rights rather than civil rights. That was what he began preaching to the Afro-Americans through speeches, interviews, and debates.

In summary, his argument was:

Thirdly, he encouraged the Afro-American community to register as voters and candidates. He emphasised the importance of becoming politically active, but he did point out that “any Negro who registers as a Democrat or a Republican is a traitor to his own people.”

Finally, a question to consider: If Deputy Police Commissioner Walter Arm’s claim that Malcolm X refused police protection was true, then why would Malcolm X’s associates dispute that statement? Furthermore, why were the police slow to react? 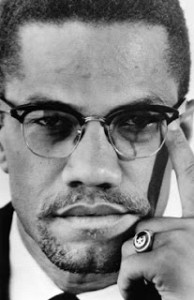 I am not convinced, however, that Elijah Muhammad and the Black Muslims had anything to do with the killing. I think we will find that it runs much deeper than that. Malcolm X, last week, sort the make contact with the State Department to discuss threats against his life. I note he said in a press interview, last week also, that he was practically dead, that he was going to be killed because he knew too.