An extended version of the article from HNN website Was slavery a cause for the American Civil War 1861-1865?

Slavery was one cause of the US Civil War. In fact, it ties in with most of the reasons why the War took place. It was embedded in the ideologies of both the Union and the Confederate states. 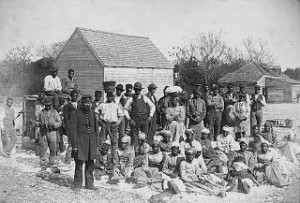 Millions of Africans were chained and taken away from their homeland of Africa. Once a price tag was placed, paid and bought, that individual, from the African Continent was no longer considered a human being. He was now a slave. He was someone who would work from dawn to dusk on the plantations picking cotton. He was someone who experienced the harshest of treatments and punishments. Regardless their gender or their age, if they were black, they were considered to be owned by a white man.

Economically, slavery played a significant role in producing wealth in the Southern states. Unlike the Northern states, the Southern states were largely employed in agriculture. They employed hundreds of slaves to work on the cotton fields, the coal mines and other such jobs. Furthermore, once a slave was bought, the offspring produced would belong to the slave owner too. So if the slaves were free in the South, not only would they have to start paying wages to them, but they would have no claim on the offspring.

For the Northerners, it seemed to be a case of ‘slave labour’ or ‘free labour’. Slave labour would always be much preferred over the working class man wanting economic independence. So where would they gain employment? Moreover, what would have if slavery began moving towards more industrialised states? To add further, although the Union was far more industrialised, the Confederate states’ strategic position and income was just as important – “An independent Confederacy could have boycotted Northern products, reduced Northern dominance of Southern trade and prevented access down the Mississippi.”

By examining the various Acts that had been passed before the war also demonstrates the link between slavery and the civil war. Originally, the number of pro-slave and free-soil states was equal, but as more territory was acquired, actions had to be taken to keep that balance. This could be by creating more states by breaking apart one.

For example, the Compromise of 1850 – consisted of a package of 5 bills. One of the noticeable bill was the Fugitive Slave Law. This Law required individuals, including judicial officials, to aid in capturing escaped slaves and return them to the states permitting slavery. This was very pro-slavery – the ‘escaped slave’ could be a freedman but it could never 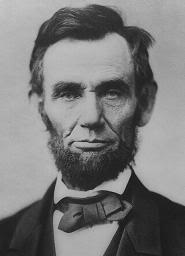 be determined because no court trial was needed. This is significant as it demonstrates that the Northern states were delaying the war by appeasing the Southern states. And it was over the issue of slavery.

Finally, when President Lincoln was elected, he took steps to abolish the practice of slavery from all new territories that would join the Union in the future. Furthermore, the Emancipation Proclamation was issued. This asserted that all black slaves in states which did not practice slavery would now be free.  This was declared during the Civil War. If slavery was not important a cause of the Civil War, then it’s a question of why would Lincoln bother passing such a Law?

John Spicer, “‘The Cause’ of the American Civil War: John Spicer Judges That Slavery Was the Key Factor in Producing the Conflict,” History Review , no. 49 (2004).

Heather Cox Richardson, “Slavery and the American West: The Eclipse of Manifest Destiny and the Coming of the Civil War,” The Historian 61, no. 2 (1999): 396.

Spread the love
Interview with Douglas A Blackmon Who killed Malcolm X and Why?