I seem to always apologise when I begin with my post, but I think this time, I won’t. I only say this because too much has been going on that had prevented me from writing up a post. It should not be an excuse as some still keep up with their blog post, but I guess my reasons are different. I also feel that it all depends on how one handles everything.

This time around, I do not plan to talk about myself much. To be honest, I think I’ve spoken a bit too much about it. By ‘it,’ I mean all the medical sides of things.  Actually, before anything, I just want to say Avicii has passed away! Favourite song:

Let’s focus on writing! One thing I really want to mention is… 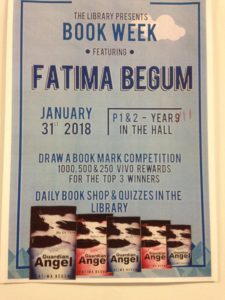 I say this because I carried a Creative Writing Workshop! I know that this was almost 3 months ago, but I wanted to write about it back then. The nerves surrounded me when I spoke to the lovely librarian. Yes, confidence was an issue. Well, initially, I was invited to carry out a Creative Writing workshop for book week, although that was until I received a phone call from the English Head of Department. Yes, it was still related to Creative Writing, but this time, he asked that rather than focus on Year 9 (UK system), he wanted me to carry out a workshop for Year 11, who were preparing for their GCSE exams.

Feelings/emotions in my head: ‘What the hell!’ ‘Way too much research required!’ ‘Might mess everything up’ ‘Ah, have to change everything I planned out -_-‘

Back to Year 11 students – over 130 students will be in the hall (lecture room style hall). Then the ‘persuading’ began. Do I smile at the level of trust he was placing on me? I mean, they only had one copy of my book in their library! In two weeks, I became a public speaker. Is it public speaking? I’ve been told I an inquisitive, in a good way – I ask too many questions!

Although I couldn’t stop thinking about how bad it could go, once up there – nothing mattered. I worked with kids their age, I know how they’re like, and if anything, they were def going to learn something from me! 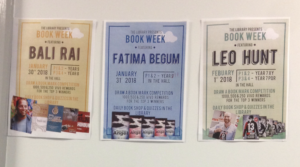 Feelings/emotions in my head now: Excitement, adrenaline rush, annoyance with one teacher (looking young sometimes can be a disadvantage!).

Overall, I loved it, the kids enjoyed it, it was fun and they learned to analyse, write a meaningful text/poem and understand the different writing style that exists.

Besides, how can one NOT get excited when they see a poster dedicated to them, although, not just a poster, but a poster that was on the wall next to Bali Rai?

I wanted to mention this because I’m going through the phase if writing poems again. However, this time, I actually pondered over the interpretation of other published poets and writers.

I want to carry on writing, but I will have to stop and post, otherwise it’ll remain in the draft folder! However, I definitely WILL carry on as soon as everything is over!

(Typed but not checked)

Spread the love
Empty Heart Mine