Let me Enlighten you with Enlightenment (Part 2)

I mentioned in my previous blog about the causes of Enlightenment but stopped abruptly, simply because I started to get carried away with all the writing/typing…so apologises for that.

However, I have decided to complete the Causes, well some of the causes, and then move onto the reaction from the class. Hopefully this one will be shorter! But forgive me if I get carried away (as usual). 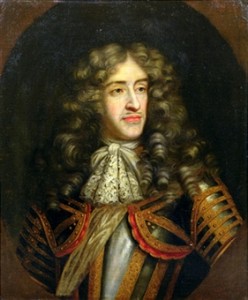 I left off with the English Civil War. Still keeping in Britain…my next point is the Glorious Revolution of 1688. This was considered a ‘bloodless’ revolution, though arguable. After Charles II death, his brother, James II assumed the throne. Unlike his father, he was a Catholic monarch. I’m sure everyone is aware of the persecution the Catholics were under during this time. Therefore, of course the Parliamentarians weren’t extremely pleased, especially when considering the amount of tolerance that was being shown towards the Catholics. Like the English Civil War, the Glorious Revolution too is another interesting topic. But the outcomes: no execution of the monarch this time, they decided to bring William of Orange (now William III) and his wife Mary II to Britain to reign as King and Queen; and the English Bill of Rights was produced, setting out rules and regulations – effectually reducing the power of the monarchy this time round. 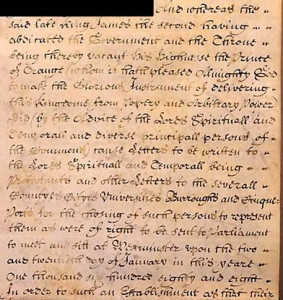 It’s worth having a read here actually; it further states what he was accused of (first half). So how does this relate to Enlightenment? Why is it a cause? Well, Britain now has changed from a monarchy to a constitutional monarchy, with a somewhat representative government. This change was caused by a bloodless revolution and if you actually do have a look at the Bill of Rights of 1688, you can clearly see the changes. It was these changes that influenced key thinkers at the time, most notable, John Locke, as well as others in the surrounding countries, such as France and America. Britain was viewed as an ideal society. 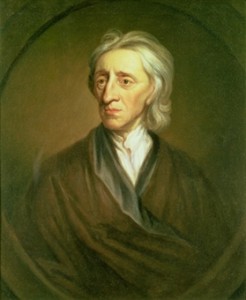 Now I mentioned John Locke above, again you can see how it ties in with the thinkers at the time. If we rewind back to
what Enlightenment was…intellectual movement arguing for freedom of thought, speech and press etc etc etc, you can clearly see how it all revolves around these intellectuals and the development of their theories. The Glorious Revolution and the Bill of Rights was an example of how society could change. Locke emphasised the importance of People’s natural rights: life, liberty, and the ownership of property. Government was there to protect these rights and the welfare of the people. Furthermore, it should be elected by the people, and if they felt that the government was not fulfilling the needs of the people, then they had the right to elect another one (more about Locke later!). Therefore, he was influenced by the Glorious Revolution. Have a read of his book, the Second Treatise of Government.

This may seem slightly confusing, but I hope you will be able to follow it….

Ok, so imagine me, an inexperienced teacher, explaining all this to 15/16 year olds, who aren’t studying History for GCSE!!!! They have no prior knowledge of the English Civil War, Glorious Revolution, Thirty Year War, American Revolution, French Revolution etc etc etc. Shock! Horror! Breathe!! 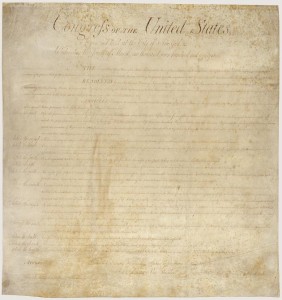 Ah, I shall mention religion next. This is going to be VERY short as I’m sure everyone will be able to make the link pretty easily. We know (and they knew, finally something!), that there was a constant conflict regarding the Catholics and Protestants. This led to distrust between nations, e.g. France, a Catholic nation at the time, with close ties with the Catholic Church, and Britain, a Protestant nation who followed the Church of England. We also know that Enlightened Thinkers were using logic and reason to explain the practical world, e.g. Hobbes used mathematics and logic to apply it to society whilst Locke claimed that knowledge was derived from sense and experience and observation. So how does religion fit in all this? Religion was a cause for all destruction; therefore, it should not play a role in running the government. 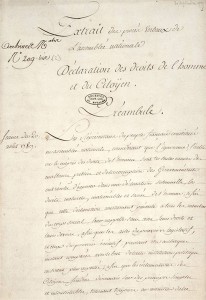 Declaration of Rights for Man

Life would be so much easier if everyone could practice their own religion…here again Locke argued that Toleration should “be the chief characteristic mark of the true church”. A small fact I came across…Henry VIII propagated to the mass, when he broke away from the Catholic Church, that it was not fair that the people should pay a tax to the Church whilst still paying their local churches for things such as funerals etc (yes, I found it interesting too!!). Therefore, intellectuals began to realise that religion should be separated from the state and as Rousseau stated, it should serve as a social cohesion. Just have a look at the American Bill of Rights 1791 here or the Declaration of the Rights of Man 1789 for France here. You can notice the similarities – pretty interesting!!!

So these were just some of the causes of Enlightenment. Obviously, as I mentioned earlier, it’s up for debate, but now I want to quickly move onto the lesson…

So I walk in, set up the PPT, hand out worksheets and begin! Lesson Objective up and start talking. It truly felt like I was giving a lecture rather than actually teaching, if there is a difference. I wanted to challenge their minds, see if they could make the links. I wanted them to ask me questions if they didn’t understand.

Why aren’t they listening?! Focus Fatima, this is important! I’m wasting my breath! No you’re not, you’re enjoying this! No don’t copy the slides, listen to what I say!! (That was my thoughts if you’re thinking what was going on. But I did enjoy passing on all that knowledge to be honest).

Some of the dialogues, as far as I remember that is… “Miss you’re going too fast, I need to copy it down” “What? Are you all just copying things down?” Now the History teacher whispers loudly…”Let them copy it down, it’s important for them.”

So I miss the chance of telling them, don’t copy the slides; just listen to what I say. I mean, it’s impossible to understand the slides if you don’t listen to the details.

Anyway, I go through each slide, each cause, enthusiasm in my tone, but clear annoyance on my face…and constant interruption by the teacher. Again, Focus Fatima! Don’t let her ruin your flow. But wait, each point – only blank faces look up. Ok must go over these events. Wonderful, so not only am I “teaching” them about the Enlightenment Era, but I have to go over what the Causes and events actually involved.

I talk, explain, talk, explain, talk some more. I question, silence, talk, and then question again, but just silence. Although they did do one thing and that was COPY THE SLIDES!!! Ok, mouth is dry, finally the activity. But……..wait for it…….

END OF LESSON, END OF SCHOOL! Flabbergasted! Speechless! I turn to the teacher – packed and ready to go, no feedback, just it was good, and gone like the girls.

No exaggeration, this was exactly what happened.

Anyway, I seemed to have gotten carried away once again! Consequences next!

(Written but not checked)