Let me Enlighten you with Enlightenment (Part 1)

A phrase my younger brother came up with, or rather “go on, enlighten me with Enlightenment” (mockingly of course), as I practiced my lesson with him.

Yes I know that I stated that I would be a ‘regular’ blogger, but but but, it’s only been 8 days since the last one!

So today, I will be discussing about the Enlightenment Era. Also my lessons…

Day 1 of the Enlightenment Era was an Intro to the topic and focusing on the Causes of Enlightenment. To name a few…The Thirty Year War in Europe; The Scientific Revolution; the English Civil War 1642-1649; Glorious Revolution 1688; Religion (Catholics vs Protestants) – although that ties in with everything as a whole; finally, the influence of Key Thinkers.

This was my first lesson with the Year 10/11 students, so pretty tough, well considering the constant interference of the History teacher, it was bound to be. I mean 2 weeks of intensive reading about a topic I knew little of but still able to prepare worksheets and an amazing (I may add), presentation for the students clearly seemed not enough.

Condense, condense, condense – all the research from books and journals written by academics specialising in area, just to suit students who never actually studied History properly.

I mentioned above some of the causes of the Enlightenment Era (‘Age of Reason’ as some state). Now these causes are open to question, I admit, that’s what historians do, they question. But from my reading, these were just some of the causes I gathered, I shall elaborate why in a bit. However, I was being questioned about these ‘Causes’…..seemed “confusing” apparently….alright, one hour before my first lesson with these girls (clearly more interested with their GCSE subjects), I was being questioned on the logic of these arguments. Yes, fine, question me, you’re the History teacher, but to say you can’t see a link? Again…you’re a History teacher. I honestly expected some words of encouragement…”Fatima don’t worry, everything will be fine. The work you’ve prepared is great” (maybe)…not…”I still don’t see how this is a cause….the girls won’t understand.” But to be fair, I still received these words of encouragement, however it was coming from teachers teaching other subjects, like Maths, Arabic and Science etc etc etc. Lovely!

Ok, so if the History teacher could not see the link, what chance did I have with the girls? So what did I do?

Ignored her of course…natural thing to do if you’ve spent way too much time and effort on the research and preparation. Yes I know, neither am I the teacher, nor getting paid, just there to gain the experience of teaching…but, but, but…I’ve got the History degree so I know what I’m talking about, to an extent that is.

So what was Enlightenment? In simple terms… it was an intellectual movement beginning in the late 17th Century Europe. It attempted to explain the physical world through reason, logic, and observation. It promoted scientific thought and went against any established religion at the time (Catholic Church), therefore, opposed superstition. It argued for political freedom, freedom of thought and speech. It argued against religious and political tyranny at the time, usually by the monarchy. The Enlightenment era saw the American Revolution and French Revolution – they were highly influenced by the Key Thinkers at the time.

Now back to the Causes, in simple terms that are… 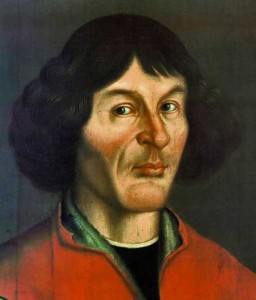 Scientific Revolution – Science produced new ideas about the universe and nature; it began questioning God, though not exactly attempting to prove that God did not exist. It also saw the development of Mathematics, Physics, Astronomy, Chemistry, Philosophy etc. So how did this link in with Enlightenment? Simple, these new discoveries went against religion, in the sense that now scientists, mathematicians etc were trying to explain the world using science, e.g. Nicolaus Copernicus – formulated the heliocentric model of the universe – the Sun was the at the centre, not the Earth. Yes, he was a Renaissance mathematician and astronomer, but he led the way. The flourishing of science meant individuals could explain things without reference to God. But this did not necessarily mean that they attempted to disprove the existence of God.

Thirty Year War – lasted between 1618 and 1648. The war was fought mainly in central Europe, thus, involving European powers. It saw the end of the Roman Empire. This was a war that begun principally as a religious war but 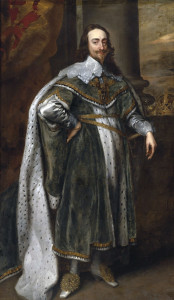 soon led to a war for land. Finally throughout the 30 years, countries became involved at different times. Now this war played a huge role in British history – one of the reasons Charles I was executed (first European monarch to be executed) in 1649: but that’s another topic, though just as important, as I will mention in a bit. So the consequence? Mass destruction left by the war – the whole region was devastated. And as you know, war cost money and lives! How does a monarch/country obtain this money? Through taxes! Next question…what is the link between the Thirty Year War and Enlightenment? Well, the thinkers now started questioning about the reason of war and how to improve society without going to war. People should have a say of whether their country should get involved in war, reasonable and logical considering they were the ones funding the war. We must also look at why it began….religion.  See the link?

Now I will make a link with the Thirty Year War with the English Civil War 1642-1649. The end of the Civil War led to the execution of King Charles I, son of James I (beginning of the Stuart dynasty). James I despised war and, thus, refused to enter the Thirty Year War. Charles I, however, did get involved. Why that was is debatable. But citizens felt that it was an unnecessary war that was eating up their resources. Certainly, there were many other reasons for his execution, but I want to focus on after his execution. Britain became a Republic as there wasn’t a monarchy, led by Oliver Cromwell. It’s after his death that the monarchy was restored…this time to Charles II (son of Charles I).  Check out his response here.

In order to understand the link, I’m going to stop and move onto another Cause, and then move back to this point. 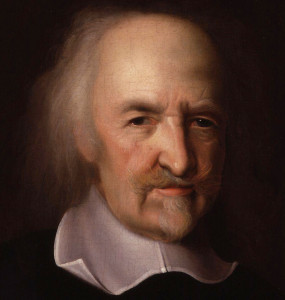 Key thinkers – now there were many amazing Enlighten intellectuals, and I’m not going to go through each and everyone of them (however much as I want to!), and if you’ve studied this Era, then Thomas Hobbes might click in your mind…along with his book Leviathan. I will just focus on one point as this blog is getting a bit toooo long! Now he pointed out that men are self-interested, thus, require one ruler to keep them in order. He pointed out that the best way to do this is to have a monarch. Now in his book, he compared the Monarchy, Democracy and Aristocracy and concluded favourably towards having a monarchy. I would advise anyone and everyone to have a read of his book, though a warning – it is long!

Ok so now back to the point of the English Civil War. We know that Key thinkers made a HUGE impact on Enlightenment with their various theories. But they were also influenced by events. So how did the English Civil War become a Cause of Enlightenment? Well, although there was an overthrow of a monarchy….it was restored. After the death of Oliver Cromwell, they could not decide who to lead, and his son was not exactly leadership material. So they simply brought back the monarchy. Now, if you’ve read the book of Hobbes, you’d notice that some of his arguments about the state did hold. Again, I could go into more depth, but I seem to have written an essay.

I shall elaborate on the last few points at a later date as I’ve over written today.

Spread the love
1
1
Share
My experience at Teach First………..’s interview Let me Enlighten you with Enlightenment (Part 2)