… to write another blog post. I know I haven’t written a post for some time now. I’ve been posting up my ‘creative writing’ – well I had began writing a story based on my Manager’s nightmare. Quite crazy really. 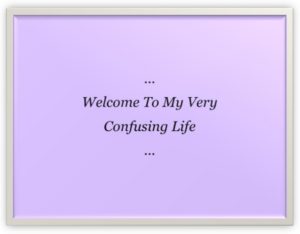 But, I thought, today I’d write about how I feel. My thoughts, emotions, life. Not something I’d do.

I’ve basically been suffering from Multiple Sclerosis. Well, that was what I was diagnosed with last year. I could go in depth with what I mean by ‘roller coaster’, but in the most simplest form, it involved, various emotions: tears in front of the MS nurses, random patients, family (in front and hiding), friends – somehow seem to make you break down and smile at the same time, tears on the bus where a stranger tries to cheer you up (some people are just amazing), tears in front of the consultant. Just loads and loads of tears, which grew from the fact that NO ONE contacted me to explain anything, rather it was me CONSTANTLY calling up to book an appointment. Grew from the fact that since I didn’t have anyone to talk to this about, to inform me about what MS was, naturally, I turned to the Internet. Patients have been told to never look things up on the net – it’ll scare us. This is where I smile – what choice did I have?

So, yes, tears. Lately, I have been smiling, the constant bugging paid off in one sense, I guess. But the NHS seriously need to sort their act out. It’s very easy to dip in to depression nowadays, especially vulnerable who have no one to turn to. I’m just glad I had a family that came together, when I needed them most, otherwise, I know I would not be smiling about how messy my life is right now.

Let’s see it from my angle:

Shall continue in the next post….trust me, it gets a lot more interesting….

I’ll explain the rest on the next post. Life’s confusing, so keep smiling!

(typed but not checked)

Spread the love
Just STOP and THINK! Your Face, Your Lips and Your Eyes