With that in mind, you do not have to be directly involved in war in order to break the law. Now you may be asking why I’m actually pointing this out. Well, simple, many are now arguing that this is now a ‘conflict’, not a ‘war’. They say this not because of the article written last week differentiating ‘war’ with ‘conflict’, rather they state it to avoid ‘war crimes’. This is where things can get slightly confusing.

First and foremost, both Israel and Hamas have clearly stated that they are at war, therefore, no matter how much you and I disagree with it, we must accept it. This, therefore, means that Israel and Hamas now cannot backtrack on their own admission. Israel certainly has changed its ‘objectives’ various times this last month, but who are we to talk if our own country entered Iraq in 2003 on the pretext of removing Weapons of Mass Destruction to now liberating the people of Iraq? So we must keep this in mind as well. It is a war. However, if it is a war, then both sides MUST accept responsibilities for their actions and the consequences that follow. But it MUST be an independent investigation. This investigation must have NO relation to Israel and NO relation to Hamas.

The President of the UN Human Rights Council (HRC), Baudelaire Ndong Ella, has recently announced the formation of an ‘independent international commission of inquiry’ for war crimes committed during Israel’s Operation Protective Edge. Again, notice the word independent. Indeed MANY crimes have been committed. One just needs to look at the Geneva Convention IV. It has been and continues to be violated. For example, Article 31 – Prohibition of Coercion has been violated, Article 32 – Prohibition of Corporal Punishment, Torture, etc has been violated and of course Article 33. Yes, the well cited Article 33 – Individual Responsibility, Collective Penalties, Pillage, Reprisals has been violated. Article 33 clearly states that “No protected person may be punished for an offence he or she has not personally committed. Collective penalties and likewise all measures of intimidation or of terrorism are prohibited. Pillage is prohibited. Reprisals against protected persons and their property are prohibited.” An investigation does not need to be carried out in order to see if such violations have taken place. We have been watching it for the past month. It has been shown to us through the power of images, witnesses and war journalists. 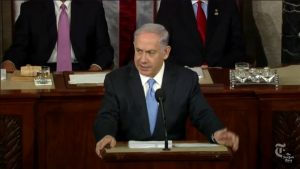 Is this not good news? Finally, we’re told there will be some productive action taken. At least now BOTH Hamas and Israel can be brought to account for their offenses. Knowing full well they can be convicted of war crimes, rockets targeting Israeli civilians, Hamas has still welcomed the investigation. But why is Israel against it? Why is Mr Netanyahu accusing the UNHRC of granting “legitimacy to terror organisations”? Why demand the UNHCR to investigate other regions than focus on Israel’s war crimes? Why taint the UN? Don’t forget that this is the very UN that divided Palestine in order to create Israel. You do not need to be an expert in politics in order to identify that the situation in Syria, Iraq and Tripoli are completely different. Maybe that’s why the US, EU and other nations have yet to compare the war. 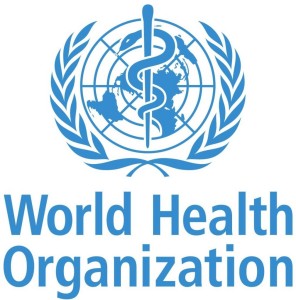 According to the World Health Organization, as of August 4th 2014, the Ministry of Health has reported that ,865 Palestinians have been killed, including 429 children, 242 females (aged 18-60) and 79 elderly. Furthermore, 9536 Palestinians have been injured, including 2877 children, 1853 females (aged 18-60) and 347 elderly. On top of that, “A total of five ambulance workers have been killed since July 7, 3 from the Ministry of Health and 2 from the Palestinian Red Crescent Society.” These statistics can be found on the World Health Organization Station report #7. Gone are the days of ‘Internal Investigations’, we must now welcome ‘Accountability and Acceptance of Actions’. The figures speak volumes and must be accounted for.

It is baffling to see that these numbers are being questioned and debated in the media. The mere fact that a child was murdered should be the topic and not how many children were killed. Once you go down that road, Palestinians are no longer considered humans, they are now just ‘numbers.’ But, maybe that is the best way to identify them since prisoners are identified by their number, and Gaza is currently considered an ‘open-air prison camp’.

So, we go back to the original point, this conflict is a war and as such, an independent investigation for war crimes must be accepted. To those who shy away from calling it a war in order to avoid war crimes: Let us say, it is a Conflict, let us even say that Israel is NOT at War. But Israel can STILL be taken to the International Criminal Court. Why? Simple, they may have not declared a war but they certainly have just invaded a nation. You most probably remember that in 2012 Palestine was granted a non-Member Observer State status.

It is true that neither Israel nor Palestine signed up to the Rome Statute of the International Criminal Court. The fact that Palestine is willing to join, the fact that they are willing to file a case against Israel, demonstrates that they too are willing to accept war crimes and face the consequences. So back to Israel, why are they not? If, as they adamantly state, Hamas has committed war crimes, which no doubt they have, then why not take them to the ICC? If Israel, itself, has not committed war crimes, then why quietly coerce the US to put pressure on Abbas not to take Israel to court? “Let us be clear”, a term Mark Regev uses, Abbas must not heed to US pressure. The stakes are too high, the casualty figures are too high, and the damage is too vast, the Palestinians have had enough. Considering all the protests and boycotts, it now seems that the world has had enough.

As it has been declared a war, all rules must be followed. If not, then the consequences of their actions must be accepted.

Spread the love
War between Gaza and Israel. Where are our leaders? Israel and Hamas: The Final Truce. But Who Won?