Starting off with…Good morning everyone!! Yep, back again with the GREAT interviews. I’m sure you all enjoy reading them as much as I love asking the questions! I’ve missed it so much, so I want to get right into it this time!

By the end of the interview, you’ll realise why I consider him an inspiration. I never use that word lightly as you all know! 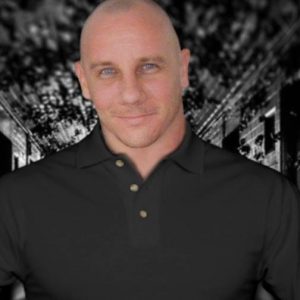 Today’s interview is with USA Today Bestselling Author, Luke Romyn! It was super exciting considering I’m finally covering other genres. What’s more is that Luke has TWELVE books published, add to that, another two completed, which are currently in negotiations with publishers! But wait, there’s more…

His management team, Gandolfo Helin Literary Management, is also working on movie and television deals for many of his works.

A Supernatural Thriller, Action, Horror expert, his books include The Prometheus Wars series, Beyond Hades and Slaves of Valhalla; The Legacy Chronicles series; Blacklisted; and of course The Dark Path, which was voted in the top 10 Horror books of 09′ (The prologue alone is enough to pull you in!), including many more. 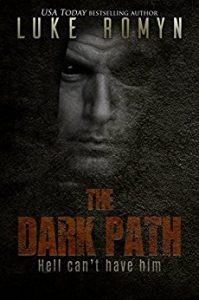 During a very dark time in my life, I turned to fantasy novels, specifically David Gemmell, in an attempt to escape the bleakness of my situation. Now, before that, I had always dabbled in writing, but it had never been a solid concept where I thought, “I can do this.” It took many more years before

I built up the courage to tap away at a keyboard, but I haven’t looked back since.

I’m going to use a cop-out answer here: I didn’t choose my genre; it chose me. I initially intended to write a crime thriller, but somewhere along the way, my imagination hijacked the project and started saying things like, “Hey, wouldn’t it be cool if you threw in the Four Horsemen?” and “Send him to Hell. Yeah, that’ll be cool.” Sometimes, the story leads you down a road where all you can do is hold on and try to keep up. 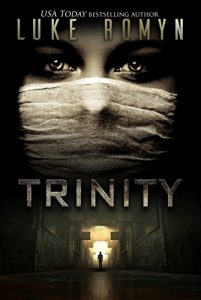 What is your goal when you begin writing a story? The sort of emotions you want the reader to feel when reading your book?

I have no plan when I start a book. I might have a general idea, but that usually flies out the window within a few chapters. The first sentence has to grip the reader, and if it does that, most of the time it grips me too. The breadcrumbs trail out, and I follow them until they come to an end. It’s a very intuitive process, but if I’m surprised by a twist in the tale, my readers won’t see it coming either.

When do you find the best time/place to write?

I need seclusion. My office is in the back of the house, and I tend to wear noise-cancelling headphones while writing. I transport myself into the tale, and while that sounds corny, it’s the best explanation for my writing process. Disturbances snap me out of that world, and at times I can’t claw my way back in, no matter how hard I try. 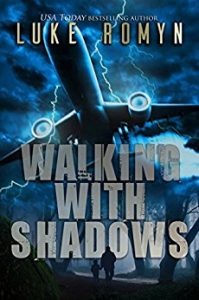 I hate the favourites game, but if forced, I would have to say Walking with Shadows is up at the top of that list. The concept terrified me when I came up with it, as I knew where I wanted the story to go but had no idea how to get there. It contains a mishmash of storylines, both fantasy-based and reality-based, which blend together to a perfect climax. I think it’s my proudest accomplishment to date, and its number one position in action and adventure on Amazon shows that my readers agree.

What is your favourite book you have read and do you have a favourite author?

That’s hard for me now since I read so much. At a young age, it was Stephen King; I devoured everything he wrote as if it were raspberry-coated pavlova. In my twenties, David Gemmell, Raymond E. Feist, and Matthew Reilly (who I was lucky enough to hang out with a couple of years ago—very cool guy) dominated my bookshelves. These days, it’s a lot of indie authors along with the likes of Dean Koontz, Lee Child, J.K. Rowling, and the likes. If I were forced to pick a favourite, I’d have to say Waylander by David Gemmell. Mainly because it inspired me to write my first novel, The Dark Path, about an assassin seeking redemption.

Don’t expect a short trip to gravy town. It’s a long road, and it never ends.

Unless you love writing, there’s a good chance you’ll tumble off the wagon 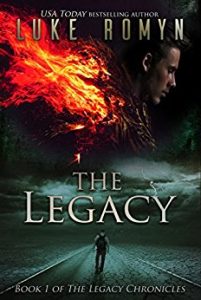 and end up in the gutter, moaning about the unfairness of an industry that didn’t understand your vision. The sad truth is the industry is not there to comply with you, and unless you’re ridiculously lucky (not gifted; talent has little to do with your success) you’re in for a long, soul-sucking traipse through the mire of an industry still trying to figure itself out in the new digital market. Long-established rules went out the window with the advent of Amazon Kindle Direct Publishing, and now everyone’s an “author.” This means it’s easier to get into the industry, but harder to get recognized when ten bazillion other newcomers appear on bookshelves every week. Apart from that, expect long, lonely hours writing, editing, and marketing for little reward. Like I said, you have to love what you do, or it’ll burn you out.

And then I have my usual cool questions…

Favourite colour: Blue, though I tend to wear a lot more black and grey.

Favourite flower: I’m not a flower kind of guy. 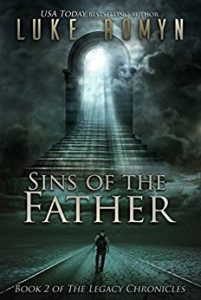 I create my own fantasy worlds every day. You can read about them in my books. To list them here would take too long.

What is the greatest joy of writing for you?

The ability to escape.

It doesn’t matter what you’re trying to escape from, as long as that getaway is there. You might be trying to flee a stressful job, cruel parents, or just life in general. Writing is a doorway into whatever realm your heart can imagine, and there truly are no limits to what you can achieve. Writers are the storytellers of our age, regardless of the medium. Everything from books to television to computer games requires writers because they are the core to expanding our dreams. And the ability to touch a person in such a way is a gift beyond measure to someone like myself.

Do you have a personal motto?

You never fail if you don’t give up.

For more info of Luke Romyn and his books can be found on his website: https://www.lukeromyn.com