Interview with Douglas A Blackmon

An interview with Douglas A Blackmon, Senior Wall St Journal journalist, regarding his award winning book, ‘Slavery by Another Name: The Re-Enslavement of Black Americans from the Civil War to World War II’

You can also watch the documentary here.

Mr Blackmon’s book gives an important insight about the treatment of Black Americans after the Civil War and the Emancipation Act.

I interviewed Mr Blackmon concerning an article published in the New York Times about his book and the Kilby Correctional Facility. 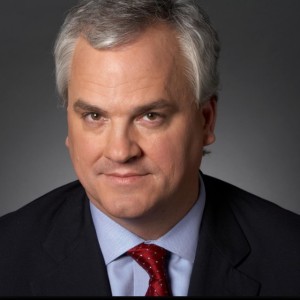 Although I have a certain degree of knowledge concerning slavery in America, the American civil war and the reconstruction era, I had no idea that slavery, or as you term ‘neo-slavery’ was being practiced in America after the civil war. With this in mind, I wanted to ask you a few questions relating to your work. And in light of recent events, I wanted to ask you about your take on the Melvin case.

Relating to your book and work;

Why did you set out or what inspired you to carry out this investigation? Was there certain questions that you wanted answered?

I grew up in the Mississippi Delta region in the 1960s and 1970s, at the height of the desegregation of public schools, In fact, my class was the first to begin the first day of first grade (in 1970) together, black and white, and go through 12 grades of public education fully integrated. It was a very tumultuous time, and left me with a sharp sense that there were things deeply troubling American society around race. And from an early age I felt compelled to try to understand those things, and why the country remained so divided around race for so long.

I began writing about and analyzing those questions at a very young age–11 in fact–and have been writing about those issues every since then. (I’m 47 now.)

Were there any discoveries that surprised you and what did you find most interesting?

I was surprised by the level of brutality that was employed, and how recently it continued, right into the lifetimes of many people who are still around today. And I was surprised at how many people were people forcibly coerced into labor they would not have freely chosen. It’s clear to me that millions of African-Americans felt constrained by the system as it existed in the 1910s, 20s, and 30s, and that the perversion of the justice system was as significant a force of intimidation to them as the lynchings and violence we are all more familiar with.

Finally, many would claim that ‘Slavery by another name’ has made a significant contribution to understanding American history, do you personally think that your book has played a positive impact in society?

I hope Slavery by Another Name has had a positive impact. It was certainly my intention for to examine and illuminate this history in a way that more Americans might understand the gravity of what happened in that period of time, and recognize the importance to modern day events of understanding the full truth of what was done to African-Americans in that time.

Relating to the Melvin case;

This leads on from the previous question, if you view that your book to have a positive impact on society, then would you consider the prison officials’ excuse for banning your book reasonable? What are your views on the case?

I can’t imagine any reasonable basis for banning my book. And no person of reasonable intelligence who has actually read the book could conclude otherwise. While most of the book is devoted to a meticulous historical examination of the events that I describe, the introduction and epilogue are essentially an essay on the importance of history and how to learn from it constructively. Clearly, none of that was read by prison officials. I suspect they looked at the photographs in the center of the book, some of which do indeed show very harsh treatments of prisoners in early times, and reacted solely on the basis of that. Whatever the case, I believe it to be an irrational position.

Would you be able to give a brief outline of your book? 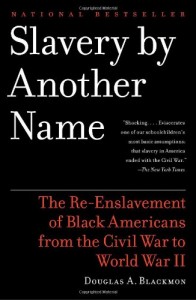 Slavery By Another Name

decades after the end of the Civil War, often by the same industrialists who had begun experimenting with more harsh forms of slavery in the years prior to the war. At the heart of the new forms of forced labor was a perversion of the criminal justice system to make one of its primary goals the intimidation of African-Americans back into a position of subservience as laborers to whites.

Finally, do you believe it’s important for people to be aware of these historical events?

It is critical that Americans understand these events if we are ever to succeed in understanding the persistent gaps in economic achievement and educational attainment that remain in U.S. society today. Without a full understanding of how those fissures in America came to exist, we will never succeed in forging a shared vision for the future.

Thank you for your time.

Spread the love
Saif Al-Islam Gaddafi and LSE Was slavery a cause for the American Civil War 1861-1865?