Bosnia, Genocide and the UN

I’ve been debating, internally of course, of what to blog about this week. Do I:

One. Blog my thoughts on the ‘Greece bailout’ issue that’s going on? If so, that would inevitably drag me into talking about the EU again, which in turn, will pull me into talking about the EU Referendum that our lovely great wonderful amazing government has promised us. And then I’d, once again, question how much do we, as the British public, know about the EU, thus, does it make sense for us to vote whether to leave or stay?

But then, two, there’s the 20th anniversary of the Srebrenica Genocide of Bosnian Muslim boys and men by the Serb govt. Although, if I started giving my views on that, then I will obviously go down the ‘History’ line, and start talking about the History of the war with all the ‘would’ve, could’ve and should’ve happened’ – this would have taken some time, because obviously I’d have to pick out the stats and cite sources etc etc etc. But it occurred to me the ineffectiveness of the UN during that time, has not improved considering the number of those killed in Gaza by Israel and how the West sit silently by.

Then, three, I thought about blogging about all the cool authors that I interviewed. But then the blog post will be very short as the interviews are already up, some scheduled, so there’s really no point talking about the interviews when you yourself can read it (enjoy comment and Like!).

Four. I then started thinking, should I blog for the sake of blogging? How about I blog about blogging?

Finally, concluding, why am I even doing this blog post?

So I’ve decided to rewind back a few topics, stop and start on the Srebrenica Genocide. I shall attempt to keep it short – just as talking about movies bores me, others would find politics and history boring.

The war in Bosnia and Herzegovina lasted between 6th April 1992 to 14th December 1995. It came about after the 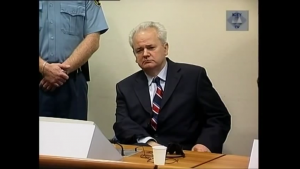 break up of Yugoslavia (connects to the Cold War, which is another topic altogether). During the years that followed, Bosnian Serb forces – with the backing of Serb-dominated Yugoslav army and supported by Serbian govt of Slobodan Milošević, targeted Bosniaks (Muslim Bosnians) and Croatian civilians. I’ll leave you to look up why these forces attacked in detail.

We classify this as Ethnic cleansing because the war revolved around ethnicity, independence, and which force was to become the dominant power illegally – the point of wars.

A few stats for you: In the 1991 census, Bosnian’s population consisted of 44% Bosniaks, 31% Serbs and 17% Croatians. The elections that followed, resulted in a government, which was ruled as a coalition by parties representing the 3 ethnicities. Therefore, (as you currently see in the political make up of Lebanon), the President of the country was a Bosniak, the president of Parliament was a Serb, and the Prime Minister was a Croat. Confused? Don’t be, it’ll get clearer – slightly!

Fast forward – after a referendum vote, Bosnia and Herzegovina became an Independent nation. You’ll notice that I’ve cut out a lot of history – causes and consequences etc. But in March 1992, President Alija Izetbegovic, proclaimed Bosnian independence.

Again, fast forward, May 1992 (Ok maybe not too fast forward), with the backing of Milošević and of course the Serb-dominated Yugoslav army, Bosnian Serbs launched an offensive in the Bosnian capital of Sarajevo.

Human Rights Watch did a great job in compiling/producing reports concerning the war throughout the Bosnian War. Within a few months of the war, HRW was already questioning whether this was genocide, 1st August 1992 report stated:

“A policy of “ethnic cleansing” has resulted in the summary execution, disappearance, arbitrary detention, deportation and forcible displacement of hundreds of thousands of people on the basis of their religion or nationality. In sum, the extent of the violence and the fact that it is targeted along ethnic/religious lines raise the question of whether genocide is taking place.”

More information concerning the Bosnian War can be found in NUMEROUS sites, books, journals etc etc etc. A nice summarised version can be found on History.com. But, as always, there are more – especially if you want to learn the atrocities that took place. Again, I would recommend Human Rights Watch.

Actually, before moving on to the Srebrenica genocide, I want to end the history of the above with:

“In short, no effective actions have been taken to end the suffering and the world’s nations as parties to the Genocide Convention and the U.N. as its sponsor have utterly failed in meeting their treaty obligations to take appropriate measures to stop genocide.”

Human Rights Watch 1st April 1993 Report. Just to show how the UN let down the Bosnian people – dark mark in UN history. You’ll understand why I don’t have much faith in the UN.

The above is just a tiny dot of the whole war.

A very summarised, yet informative version of the Srebrenica Genocide can be found here on the Remembering Srebrenica website, but I would also state to check out HRW report on the genocide here.

On April 16th 1993, UN passed Resolution 819, declaring Srebrenica and its surroundings a ‘safe area’, or rather that was listed on their ‘Demands’. When you’re in desperate need of help, and someone declares that they will help you, you place all your trust in them. This is exactly what the Bosniaks did with the UN.

Although it was declared a ‘safe area’, it was under constant shelling by the Bosnian Serbs. UN humanitarian aid decreased as Srebrenica laid under siege. Thus, rather than the UN fulfilling their role, the US intervened by leading an air-drop operation in order to ensure food reached those under siege.

Srebrenica became a ‘demilitarise zone’ after the Bosnian Serbs threatened to only end their attack if the residents gave up their arms to the UN. Only after this, did the UN gained passage to the much needed areas, which in turn led for the UN to create ‘safe areas’ in other surrounding areas. Of course, there was still confusion around the ‘safe areas’ etc.

If I move two years forward… 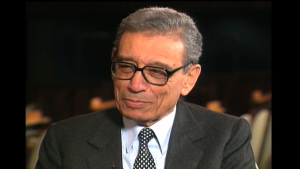 The West and UN took too long to get involved, the UN retreated too soon – there are STILL disputes about when air strikes were called for and why it took so long (could any further killings have been prevented if the strikes took place sooner?)- they failed to defend the ‘safe areas’ in Srebrenica. There are numerous eye witness account of how the Dutch (representing the UN) refused to defend the areas “Since I had worked at a U.N. humanitarian distribution base before, I asked the Dutch why they weren’t protecting us and why there were no air strikes; they told me it was because the Serbs said they would slaughter their [U.N.] hostages who were now in Bratunac [if the U.N. attacked]” (hrw)

The Bosnian Serbs stole UN uniform and convinced the Bosnian men and women that they were working for the UN and to follow their orders. Men and boys were separated from the women and girls.

Hundreds of bodies are either missing or still in the process of being identified.

The UK (to our credit) drafted a UN Resolution to term the Srebrenica Massacre as a ‘genocide’. But like all votes in the UN, if ONE founding member rejects it, regardless how many countries are for the motion, it does not pass. In this case, Russia, on the 8th July 2015, vetoed the motion. Britain’s UN Deputy Ambassador, Peter Wilson, was indeed correct in stating, “Russia’s actions tarnish the memory of all those who died in the Srebrenica genocide,” and “Russia will have to justify its behaviour to the families of over 8,000 people murdered in the worst atrocity in Europe since the Second World War.” More information can be found on the BBC News site, Washington Post also covered it nicely and of course the Independent.

I feel I need to apologise for missing out A LOT of points and not going into detail, suffice to say, the UN did not carry out their jobs, stood by and watched genocide take place in front of their eyes. Not that the West did much to help either, but the whole point of the existence of the UN is for peace keeping. I left out info on Milošević, simply because I would have to go in to a lot of detail – was indicted for crimes against humanity in all three wars. His trial took four years, and before a decision was reached, he was found dead in his cell. Still remember back in 2006 when the news broke out! More info can be found here concerning his trial on the Global Policy Forum site. I also left out names of quite a few key players, but links are everywhere for more detail.

So if I compare it to Palestine, which I would inevitably do, divided because of the UN, there are some similarities and differences. This was not a 3 year war and slaughter wasn’t committed within a short period of time. But ethnic cleansing did take place, regardless if the West and UN refuse to acknowledge the ethnic cleansing of Palestinians by the Israelis in 1948. Big difference is that Palestine was already an independent state, which the UN decided it wanted to break up and supported by the West, unlike Bosnia, which became independent after the break up of Yugoslavia.

Whilst in Bosnia, and Srebrenica, the UN took a long time before carrying out any actions, they still took action. However, the UN, on this occasion, do nothing but talk. Over 2000 men, women, children and the elderly were slaughtered alone by the Israelis last year. There were no air strikes by the UN, no troops were sent in to protect the civilians. The Palestinians had no one to defend them, no personal army to come to their aid, thus, it was NOT a war. They had, and still have nothing! Except for a government led by 80 something year old Abbas, who can’t prevent Israel building on the land that he supposedly governs, who doesn’t prevent little boys being kidnapped by foreign forces and thrown into foreign prisons illegally, yet the Palestinians still hold some trust in him – it goes back to the problem when people have no one else to look to or trust.

So now it’s the question of how many more have to die before the UN take action. Or would they prefer over 8000 to be massacred all at once. We know Israel would never do that – too clever for it.

I didn’t really have a goal for this blog post but I did feel the need to speak about the Srebrenica Genocide, and its importance. You can see why there is no faith in the UN. Yes, it is a body that is divided in so many departments, and yes, they do good in other areas, but genocide was preventable in Srebrenica. Another clear example was the Rwandan Genocide – just like in Bosnia, the west and UN refused to acknowledged it severity until the deed of genocide was committed by the Hutus to the Tutsis. Now that is another genocide, and has now been regarded as a genocide, but I won’t go into that topic – another point in history, although a quick breakdown for those interested can be found here on the United Human Rights Council site!

Forget the West, every country has their own interest – whether it’s national security or economic interest, but focussing on the United Nation, why were they created? Who created them? And why are they so ineffective? Should we put our trust in them? Why should any country listen to them? Does their ‘condemnation’ matter? So many questions.

Typed but not checked! Smile!