Fatima My Land of Dreams 0 Comments 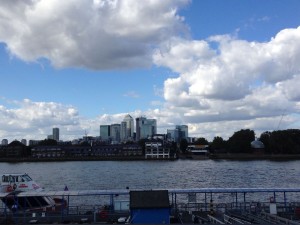 “I saw her, I saw her, I seriously did see her!” I know I’m yelling, fuming even, but I know it was her! I mean, come on, the creamy clear complexion, she never really broke out into spots. The brown eyes, wow, the eye liner and mascara do make them stand out nicely. The silky dark brown hair. Ok, so why am I thinking of her again? What’s with all the compliments too?

“Look Daniel, I know that she was confident at school, but what makes you think she’s a lawyer? We haven’t seen her for over a decade now!” Adam rolled his eyes at me. “Anyways, what does it matter that you saw her. What difference does that make?”

“You don’t understand Adam!” I continued on. “She hates me. Like literally hates me!” Oh imagine if she knew I was part of the opposition! She’ll never want to talk to me again! Hmm, to be honest, she’s not talking to me now, so what difference does that make? “How could I have not seen her throughout this trial?!” I ruffled my light brown hair out of sheer frustration. I chucked my grey blazer on the sofa and walking towards the kitchen counter, and dropped myself on the stool.

Adam, shrugged, adjusted his thin black framed specs and continued looking down at his papers.

I don’t know if I’m angry or sad, annoyed or over the moon. Why am I even thinking about her?

“Hey, at least now I know where she works,” I stated with a smile. “Maybe I’ll bump into her and start up a convo. What do you think Adam?”

“Ok, one, I don’t care, two, I’ve got my own case to prepare for so leave me alone, three, I know you lost but how much did you get out of the case, and four, umm, I need to do this,” Adam stated with his fingers up at me. Although scrunching his face and looking directly down at his papers, regardless how blank he tried to keep his expression, I could still see a small smile spreading across his face.

“Hey Adam, what’s with the smile?”

“Nothing, just identified something! Anyways I should go. Eliot is most probably waiting.” Adam shuffled his papers and pushed them all into his briefcase before walking off.

Paperwork can wait until tomorrow. I knew we’d lose but never thought Sofia would demolish us. He deserved it though. Why am I still thinking about her and that was not the reaction I expected from Adam.

Spread the love
Thank you, Illness. Thank you, Boredom. Why am I writing this? Not entirely sure…