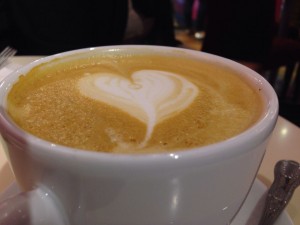 “30 minutes left guys,” my voice bellowed across the hallway.

Now it was my turn to pace back and forth with my briefcase in one hand and mobile in the other.

“Mm hmm, got it all Jack….no….yes definitely….ha ha, sarcasm yeah….God is on the side of justice so He’ll help us….we’ll argue about religion later, but main thing is that this piece of evidence should seal it all, hold on”

“I’ll huff and I’ll puff and blow your house down”. Little Red Riding Hood right? That wolf was in my dreams yesterday!

“Now what are you thinking about Sof?” April asked once again.

“It’s probably about Shakespeare. Were you citing from Othello, Sof?” June asked, with a smirk.

“No, I don’t think it’s Othello. Romeo and Juliet maybe? No, no, hold on, it has to be A Midsummer Night’s Dream,” April responded.

“Probably. Either way, that’d be perfect. Right, Sof?” June wiggled her eyebrows at me, with a smile.

I couldn’t help but groan. Me and my sleep talking!

“June, you just reminded me of the Big Bad Wolf!” Whilst June’s mouth dropped open, speechless, April broke into an uncontrollable laughter! I had to get them back, one way or another, I thought with smile.

Finally, and frantically I may add, June ran to the large mirror hanging on the hallway and tried to pat her golden hair, scrutinising her face whilst at it.

As I walked pass her, I lightly whispered, “It’s the huffing and puffing love, NOT your looks. You look beautiful by the way.” She really did. I mean come on, gold half-back length straight hair, clipped up on the right to allow the waterfall style flow down the front left. Height of 5 foot 10, 11 inches in fact due to the, sorry to say, mouthwatering heels on her slim legs and feet. Just perfect! Then you’ve got the peach knee length skirt, together with a matching slim blazer and silky black blouse. Don’t forget to add the piercing green eyes, with splashes of freckles on top of her nose, sharp smile and pale smooth skin. All these mixed together equates to a perfect magazine cover model.

“Even I knew that.” April rolled her, just as green, eyes. “Come on, I’ve got to drop both of you off. Airport first!”

We jumped into the car, June’s luggage in the trunk, and headed to drop her off.

“Where is Tom? He said 7:30am. They’re going to start boarding soon,” June mumbled the nth teen time.

“I’m here!” Tom shouted as his tall towering figure rushed towards us.

“Ok June, he’s here, so now relax! Tom, just breathe. How’s the wife by the way?” turning to him I asked.

“Amazing Sof. Just got to sort this presentation out, then off to my honeymoon!” Tom answered. I swear I just saw his hazel eyes sparkle. Hmm probably happens when you’re in love.

We all exchanged the kisses and hugs and good lucks. The usual when you see off friends to a business trip.

Next stop, my office.

“Ok Sof, I don’t need to say good luck, but these people deserve what’s coming to them.”

“Enough confidence? My turn to tell you, breathe Sof, you’ll nail it.” I allowed April’s soothing tone to wash over me like usual.

“I’ve got a long shift at the hospital, so won’t be able to pick you up. Just tell, not ask, order Jack to drop you off,” April added as I opened the door.

“Thanks April. Have fun and save lives.”

“Love you,” she waved and drove off.

Yes, April and June are related and yes, they’re twins. But, no, they aren’t identical. Just as the day differentiates from the night, the same exact comparison can be made with the June and April. June with her hawkish, determined personality and natural golden hair, compared to April with her jet black silky hair always tied up in a messy bun, more so out of convenience than style, and a more compassionate personality, were definitely different. The only thing that could bring someone to question whether they were related were their eyes, freckles and wonderful smile.

“…so you see, Mr Rodger’s claim that he found Miss Jones behind his desk, waiting to seduce him is not logical. Miss Jones is only 23. She is an aspiring lawyer, fresh out of university. Why would an intern knowing that she has her whole life ahead of her, want to seduce a man three times her age? What will she achieve from all this? If that’s not enough, then think about the evidences. Mr Rodger claims that Miss Jones was already in his office, but all witnesses state that she arrived, not 1 hour, but a whole 3 hours after Mr Rodger. Not one witness saw Mr Rodger walk out. In fact, one claimed that he was on the phone. Yes the defence claim that not to be true, but the call records were presented to you today. Furthermore, you heard the recordings. It was Mr Rodger’s voice. Today we have a 23 year old lady, standing before you, standing up for justice. It’s time for you to decide whether you can do so too. She’s standing here before you with full faith in the Law. Laws created to protect vulnerable individuals such as herself. It’s now the question of whether you will stand with her. Thank you.” With that, I walked back to my table.

“Well done Sof. Now sit up, straight back. Must appear confident too as well as sounding.” Jack whispered as I took my seat next to him.

There’s a lot of money involved in the case, but the poor girl just wanted justice. When I found out he was selling the story, or rather, his version of the events to the media, I was just, just, just, argh, infuriated, disgusted. No, Jones will get her share and Rodger will be put behind bars.

Jack and I watched the jury walk out, finally a break. Mmmmm the smell of coffee.

“Just one more hour Miss Jones. Hopefully sooner, but I still don’t understand why they’d take this long to decide.” I smiled at Miss Jones. Although she was looking back at me, I could clearly see how distance her thoughts must have been.

The room was packed and the AC didn’t seem to be doing its job too well today. As I let my eyes to roam around the courtroom, I noticed two things.

1. Half the room are fanning themselves with either their hands or folded paper. Well that’s what it seemed. One large, seriously large man, seemed as if someone had soaked him in water. Hmm well we all know it’s not water. Yuck!
2. Is that? No no it can’t be. Can it? Please don’t be Daniel. Look away Sofia, he’s staring your way!

I directed my gaze back down to the worn wooden table.

“Congratulation Miss Jones. He deserves it,” I said to our client whilst shaking her hand. “No intern should go through what you went through.” I added darkly. How any lawyer would defend him was beyond me. But then sometimes anything for money right? Paperwork/phone calls, can be dealt with tomorrow, but right now it’s dark and I need a ride.

“Ok, now that was a good one. Long, but good! Well done Sof, I’m proud of you.” Jack beamed at me as I put my arms around him. This old man is just AMAZING! His massive belly rumbled back.

He looked down at me and raised an eyebrow. “Are you inviting me for dinner or is it your way of saying ‘drop me home’? Because I know you can’t cook.”

“Yes ok please drop me off. I’m still not allowed to drive remember?”

“Hold my hand little one. It’s packed out there.”

Jack’s my colleague. He’s my counsellor, my encyclopaedia, a genius with humour. Basically, he’s a father figure. Being an orphan at an early age, I never had that relationship. Of course my grandparents were literally the BEST, but Jack gave me the job, developed me into this crazy lawyer and always shouted “there’s our little one.” So, me being me, am always excited when working with him! On top of all that, he enhanced my deduction skills. Taught me to succeed against any opponent, I must think 3 steps ahead of them. This was the skill that got me results.

Anyways, back to the present. I need a ride and there’s no one else. Correction, I trust no one else. I mean come on, a small single lady, wearing heels to look taller than 5″2, who wouldn’t want to help? EXACTLY! But you can’t trust everyone because that’s dangerous.

“Once you’re finished day dreaming, I’ll drop you off.”

“I was just thinking how dangerous it is for me to catch a ride from a random person.”

20 minutes of chatting, warming my hands on the car heater, I arrived home. I waved at Jack whilst he sat waiting for me to enter.

Walking into the house, I switched on the lights, dropped my folders onto the nearby leather sofa and walked over to the kitchen. The best thing about having all three roommates having well paid jobs was buying the house. Large enough for three people but no bigger. April loved the spacious,constantly clean, sparkly kitchen, whilst June and I fell for the large bedrooms considering we both brought back folders at least 3 times a week. Of course the kitchen was clean because of me and my annoying habit, one just needs to enter April’s bedroom to see how unorganised it was.

Anyways, I walked towards the stool and collapsed. I’m almost 100% sure I saw Daniel and him. He, or rather they must have seen me too. But how comes I never came in contact with either of them. This case lasted for over a year. Daniel was a lawyer? But the other man, yes I knew him, was he a lawyer or a spectator?

The way both were standing, him at the back with his hands in his pockets and Daniel at the front, hands holding onto a bunch of papers tightly clearly demonstrated that he was not involved in the case, however Daniel definitely was. If that wasn’t enough, their facial expressions shouted out that he was there just for the results, whilst Daniel was worried. Can one gather that all in a few seconds? Possible if you’ve been forced to concentrate on identifying the most minor details.

But that begs the question, what was he doing there?