Good morning, afternoon and evening everyone! How are you all feeling today? I know it’s been over two weeks now since the last interview, so apologies for that!

I was reading Lucky in Love last month, and ended up shedding tears. It really was a sweet story. With that in mind, including Taming the Shrew, I decided that I needed to interview Cari Hislop and enter into her world. 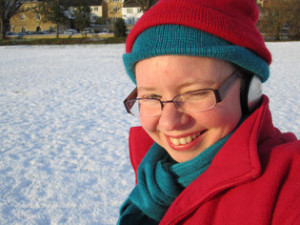 As long as I can remember, I’ve been making up stories most of which were romances. I don’t know how many other girls played with their dolls, but for me they were always characters in a never ending soap opera. By the time I was ten, I knew I wanted to grow up and be ‘an author’. About the same time, I started writing my stories instead of verbally telling them. As a child I was definitely inspired by Laura Ingalls Wilder, Louisa May Alcott and Francis Hodgson Burnett. I loved their stories and I found them magical and inspirational.

I’ve loved Regency Romances since I was twelve. As a reader, I think historical fictions appeals to the wannabe Time Traveller in me. As a writer, I love Regencies because the era offers a perimeter, a mental box I have to within; the social boundaries, the etiquette, the laws, the social norms, the absence of modern technology. The box somehow allows me to be more creative.

I love how Regencies offer writers sexual options. Based on historical facts, you can realistically have ‘hot’ relationships inside or outside marriage or as I prefer to write “Sweet” stories where the hero and heroine don’t have sex until after the end (like in a Barbara Cartland), without being sickly sweet.

I think the most difficult aspect of writing in the Regency genre is that most readers today have a subconscious vision of Regency England based on BBC dramas or Hollywood films.

Stories that offer a different vision, and sometimes mine do, can be viewed as wrong or annoying. On top of that, many readers expect a certain type of story. The genre is opening up, but I feel it’s both blessed and cursed by favourite TV dramas and films.

What is your goal when you begin writing a story? The sort of emotions you want to the reader to feel when reading you book?

I write to read the story.

Some people can only write if they first plot out the whole story. I can only write if I accept that I have no idea what will happen. I’m what they call a pantser (I write by the seat of my pants). Over the years I’ve come to accept that the stories I write know how they’re supposed to unfold and y only job is to take dictation. When I started ‘A Companion for Life’, didn’t even know the heroine’s name or what she looked like. I went into the Zone. I saw the characters were sitting around a dining table in a darkish candle lit room and there she was…she had orange hair and she was very overweight. I was not expecting that. And until the character started speaking in my head, I had no idea who she was or why she was there or what a nightmare she was living.

I hope I make my readers feel uplifted. I love making people laugh, though life isn’t always funny. Bad things happen. Sometimes life is unfair and painful. In my last novel, ‘Dancing the Maypole’, the hero’s fourth son, Cosmo, ends up clashing with his father because he feels unloved. 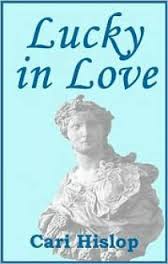 By the end of the last page, I hope my readers feel satisfied. My favourite romances always make me sigh in contentment on the last page. That’s what I want to write.

I don’t think I have a favourite book, though I do have a favourite family. My stories all take place in one Regency world where the stories interact or in some cases, intersect. The Smirke family has been a part of my world from my very first attempt at writing a book. John Smirke, a heartless narcissistic pretty anti-hero, often steps into view offering opportunities to laugh at his expense. You meet him briefly in ‘Lucky in Love’, but his story unfolds in ‘An Unlikely Hero’, where one meets his brothers and their families. I adore Smirke’s five nephews (who also show up in ‘The Hired Wife’ and Dancing the Maypole’). I haven’t been able to have children so my subconscious probably created a family for me to spoil rotten.

What is your favourite book you have read and author?

My favourite book this year would have to be ‘A Warm Place to Call Home (A Demon’s Story)’ by Michael Siremsen. It made me laugh, think, cry and think and laugh some more, It’s a very clever story (with a strong romantic element) told from the demon’s perspective. He’s a selfish horrible character, but he’s utterly captivating and the author made me care what happened to him. This year’s favourites include Becca Andre for her ‘Final Formula’ series (magic, romance, zombies, and necromancers galore). Jane Lovering’s ‘Vampire State of Mind’. I find Elle Kennedy and Sara Ney’s icy stories utterly compelling. 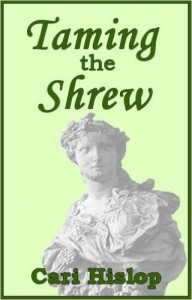 My advice would be to follow your heart. Write the stories you want to read. Write them in the manner that is most readable to you.

Most of all, before sharing your work with the world, find a Beta reader who loves the same authors and stories as you and receive any offered criticisms with an open mind.

Even the most accomplished writer has room for improvement. Be prepared to need to rewrite.

I was blessed with a steep learning curve by two separate computer crashes that forced me rewrite several books from memory. I don’t recommend losing nearly five years of work as a self-improvement tool. Save your work in as many different formats as possible.

Favourite flower: Tulips, bleeding hearts and snowdrops for their structure. Pinks, Lavender and cabbage roses for their scent.

Favourite day: Friday because I usually get to meet with my friend Gwynn (who’s also a writer). She always has great advice and makes me laugh.

It’s a vast magic ancient oak wood on the edge of modern civilisation where fairies and goblins (male fairies) experience their own soap operas.

Cari is currently finishing Once Upon a Wager. Below is an extract!

At the beginning of the London Season, Lord Finley is wagered a thousand pounds by the Earl of Mulgrave that Finley will wed Theodora Sheffield (Mulgrave’s irritating cousin) by the last day of the Season. After battling wits with Theodora for nearly a decade, Finley can’t stand the woman. He has land and money. Why would be marry the wealthy harpy? He underestimates Mulgrave. For Mulgrave, winning isn’t just about money or even seeing his cousin married off so she’ll hopefully die in childbed. It’s about escaping the past and creating a new future; a future filled with pleasure. Mulgrave is prepared to do anything to win and to hell with consequences.